The Tenth NASCAR Day of Christmas: 10 Years of Harvick 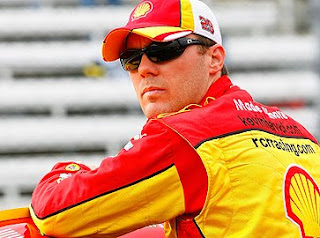 Kevin Harvick celebrated his tenth year in the NASCAR Sprint Cup series in 2010.

And boy, what a year it was.

Harvick was the regular season champ and the perennial fan favorite.  When the Chase began, he kept fans’ hopes high that a Richard Childress team would knock the dynastic No. 48 off its pedestal.

He tangled with Joey Logano on track and off.  He hit Denny Hamlin in practice, after Hamlin called out his teammate Clint Bowyer for being a cheater.

Harvick also had a worthy year in both the Nationwide and Truck series- notching three wins in each and a sixth place finish in the Nationwide standings.

From all appearances, Harvick is set for another stellar year in 2011  – he’ll be driving the Budweiser car for Richard Childress Racing.  And, just this week, he announced that former Formula One driver Nelson Piquet Jr. will drive for his truck team, Kevin Harvick Inc., next season.

The Boys Are Back in Town