Nationwide Boys (and Girl) Might Steal the Daytona Show

The Coke Zero 400 is shaping up to be all sorts of good.

Bobby Labonte will be making his 600th career start and his first appearance as a Cup race Grand Marshal.

And Goodyear has introduced specially designed tires to show NASCAR’s support of the U.S. military. 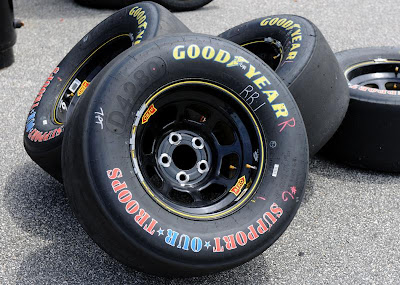 But even with all the fireworks that are sure to explode on the Cup side, Friday’s Subway Jalapeno 250 might steal its thunder.

In the category of a long time coming, the Nationwide Series is going back to the future as the newest evolution of the “pony cars” take to the track.  The new Ford Mustang and the Dodge Challenger will be long-awaited eye candy for those fans who have long lamented the lack of brand identity on race day.

And although Danica Patrick isn’t on the entry list, another lady is – Jennifer Jo Cobb. Cobb, who has a number of ARCA, Truck and Nationwide starts to her credit, will drive the No. 27 Ford for owner Mike Curb.

Then there’s the most photographed car in recent memory – the No. 3 Wrangler Chevy with Dale Earnhardt Jr. behind the wheel.  A throwback to one of his father’s most famous paint schemes, the car is the result of a three-way partnership between JR Motorsports, Richard Childress Racing and Teresa Earnhardt. 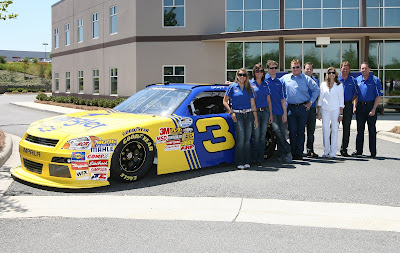 Not surprisingly, fan response to this collaboration has been unreal.

Michael Smith at the Sports Business Journal reports, “Wrangler No. 3 merchandise has accounted for eight of the NASCAR.com Superstore’s top 10 best-selling items and it has led all other driver categories in sales. Within 36 hours of the announcement, Superstore sold out of its second-highest-priced item, a special die-cast car that came in a limited edition of 333, priced at $89.99.”

And Friday night under those Daytona lights, the famous No. 3 Wrangler car will receive a worthy salute.  Richard Childress Racing is requesting that all fans in attendance stand to their feet at the start of lap three and hold up three fingers for the entire lap.

What a Night for Earnhardt Nation