A Few Sights From the Bud Shootout

With the Daytona 500 qualifying at 1 p.m., the ARCA race at 4 p.m. and the Bud Shootout at 8 p.m., yesterday was one long day at the track. But getting there early paid dividends, as the fan zone wasn’t yet very crowded, nor was the garage area swarming with pass holders.

As this marathon day unfolded, potential storylines surfaced which could turn 2010 into one heckuva season. Mark Martin and Dale Earnhardt Jr’s impressive qualifying runs and Kevin Harvick’s second consecutive Shootout win are just the tip of the iceberg.

I’ll post a few more stories in the next couple days – including an interview with esteemed NASCAR reporter Monte Dutton and my take on Danica Patrick (because it looks like she’ll run the Nationwide race at Daytona after all).

Until then, enjoy the pix! 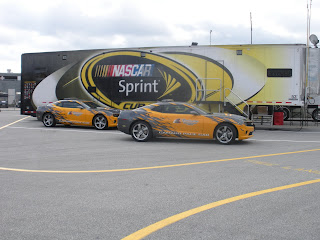 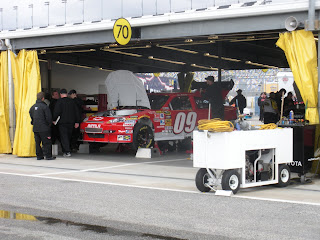 Aric Almirola’s new No. 09 car in the garage prior to inspection. 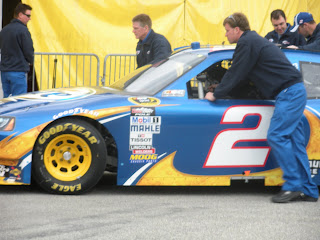 The Blue Deuce of Kurt Busch on its way to inspection. 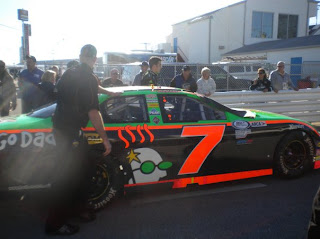 Danica Patrick’s car on its way to the starting grid. 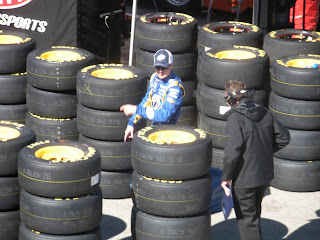 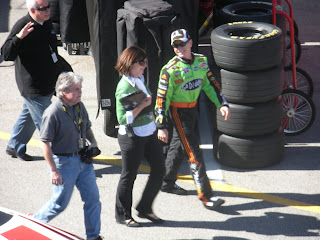 Mark Martin smiles and waves at the fans.

Zac Brown band rocks the stage before the Shootout. 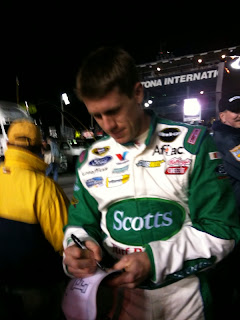 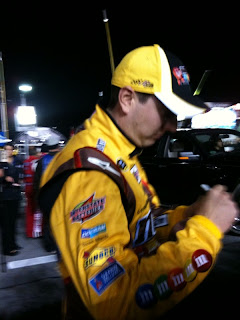 The newly engaged Kyle Busch visits with fans before the Shootout.

Connick to Croon at the Daytona 500